Al-Alimi in Riyadh, Al-Zubaidi in Ma’ashiq and Tariq in Mocha.. “Leadership” follows the government and the fronts

While the US Embassy in Yemen, from its headquarters in the Saudi capital, Riyadh, announced the discussion of “joint efforts to combat terrorism” in a meeting that brought together the Chairman of the Leadership Council, Dr. Rashad Al-Alimi, and the US Ambassador, “Steve Fagin.” He continued in both the capital, Aden, and the city of Mocha on the coast.  Western activities of the leadership council members.

In Aden, a member of the Presidential Leadership Council, Major General Aidarous Qassem Al-Zubaidi, received at the Presidential Palace in Maasheq a high-level delegation from the World Bank, two days after his meetings with the Prime Minister, Dr.Maeen Abdul-Malik, and the inauguration of the work of the Supreme Military Committee.

In Mocha, Brigadier General Tariq Saleh, a member of the Presidential Leadership Council, chaired meetings with the Hays hubs in Hodeidah, and Al-Barh in Taiz, in the presence of the Tihama resistance brigades that joined the national resistance.

In his meeting today, Monday, in the Al-Barh axis, Brigadier General Tariq Slok criticized the Iranian arm, saying: “The Houthi militia, instead of engaging in efforts to calm down and lift the siege on Taiz Governorate, has escalated since the entry into force of the armistice its military movements, by mobilizing fighters, raising the pace of child recruitment, and moving heavy weapons.”  And medium, vehicles, and ammunition for the battlefronts in the governorates of Ma’rib and Taiz.”

He stressed that these practices reveal the Houthis' insistence on continuing the brutal siege of Taiz, and their rejection of all initiatives offered to open the main roads in the province, and confirm that the Houthi militias do not have the decision of war and peace and are used as a tool by the Iranian regime to destabilize security and stability in Yemen and the region and threaten international interests in the Red Sea and Bab al-Mandeb 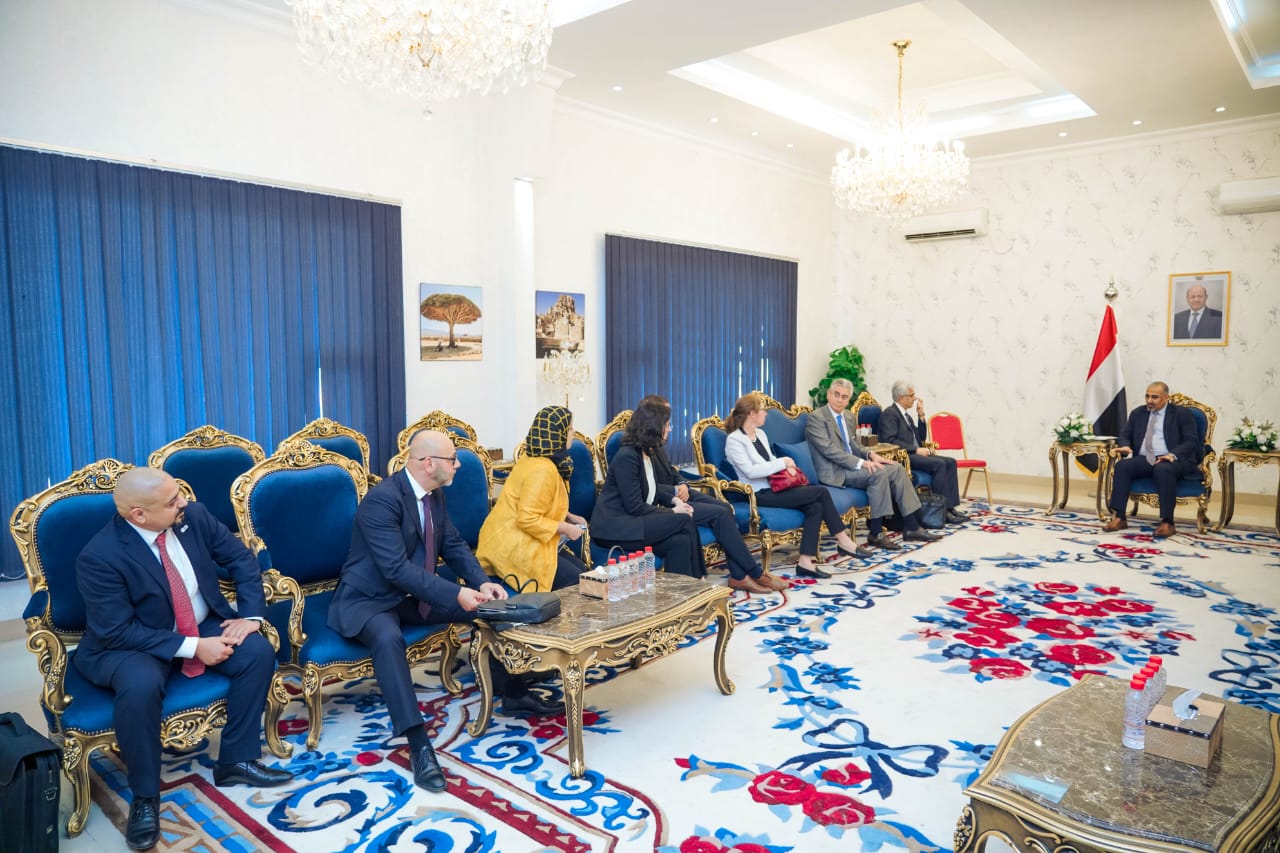 Brigadier-General Tariq referred to the Houthi militia's escalation of its terrorist activities to destabilize security and stability in the liberated areas, targeting national leaders, politicians, and media professionals in coordination with terrorist organizations, praising in this regard the security services' ability, in coordination with the Intelligence Division of the National Resistance, to seize a terrorist cell linked to the so-called Security and Intelligence Service of the National Resistance.  To the Houthi militia, it was entrusted with missions that cut and fight on the western coast.”

For his part, Major General Al-Zubaidi alerted the World Bank mission “to the importance of having a representation of the World Bank in the temporary capital of Aden, as it is one of the most prominent international partners who had and still have a prominent role in development and humanitarian support for our country,” praising the great efforts made by the Bank mission to stand by our people are in these troubled times.

He called for intensifying World Bank interventions to support livelihoods related to the suffering of citizens, most notably enhancing food security, supporting sustainable development projects, infrastructure projects in the energy, health and education sectors, and building capacity in government institutions.

Al-Zubaidi chaired, on Saturday, a government meeting that included Prime Minister Dr. Maeen Abdul-Malik, to follow up on the completion of the matrix of projects related to urgent needs and priorities in the capital, Aden, and the liberated governorates, to accommodate the pledges made by the brothers in the Kingdom of Saudi Arabia and the United Arab Emirates.

On Saturday, Major General Aidarous Al-Zubaidi inaugurated the work of the Supreme Military and Security Committee.

Defeats, foolishness, and public rebellion... an indicator of the downfall of the Yemeni Brotherhood

Al-Houthi wings..negotiations for its leader, and the revenues for Al-Mashat and the government are for Mahfouz

The flow of Iranian weapons across the coast of Al-Ghaydah.. Al-Mahra awaits the presidential intervention

The Shabwa strike exposes the "Brotherhood"...a campaign against the coalition and the "presidential" and the spinning messages of Al-Houthi