The Director General of the Tur Al Baha Directorate in Lahj Governorate, Bassam Al-Hareq, directed the prohibition of taking any illegal levies or fees on heavy and medium trucks within the district.

Al-Hareq directed the local authority's decision to circulate to all security and military leaders in the district to prevent taking any levies from drivers at all points along the line passing through the district, holding them responsible for violating that.

The line passing through the Directorate constitutes the only artery for goods towards Taiz, whose residents suffer from high prices due to the levies imposed on them along the road linking Aden and Taiz.

While it is looked with optimism that the directives of the director of the Tur Al Baha Directorate to prevent levies along the line will reduce the cost borne by the citizen in Taiz, the continuation of the Brotherhood’s military formations in taking them hinders this.

According to private sources, who confirmed to NewsYemen, the continuation of imposing these levies by the points of the so-called Fourth Infantry Brigade, led by Brotherhood Brigadier General Abu Bakr al-Jabouli, extending along the road in the Al-Maqatirah Directorate adjacent to the Tur Al-Baha Directorate.

According to the sources, about 10 al-Jabouli points collect levies along the road, starting from the Mabak area and ending at the highest point of al-Abed, supervised by Alawi al-Jabouli, brother of Brotherhood Brigadier General Abu Bakr al-Jabouli.

The sources noted that the generalization of the director of the Tur Al Baha Directorate, which also included al-Jabouli under the name of the leader of the “Tur al-Baha axis,” represents an ethical scandal against the Brotherhood, which adheres to stifling Taiz with levies, while the neighboring authorities seek to alleviate it. 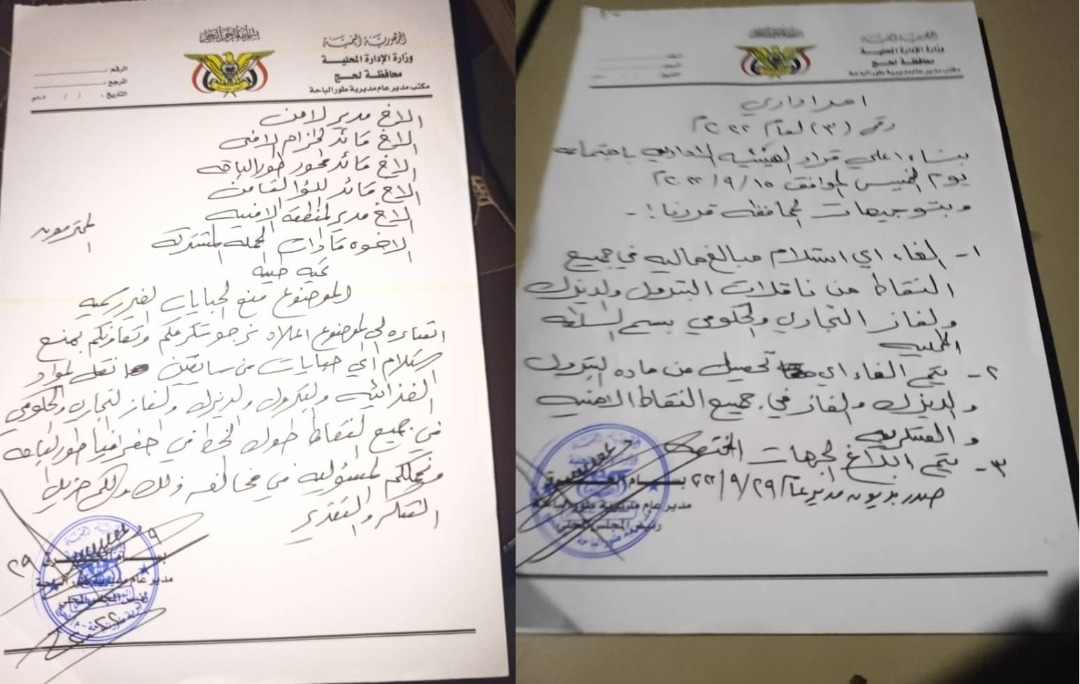 Al-Qaeda defends its hideouts in Abyan and Shabwa

Islah, then the Deposit... The battle of the liberated areas with the war mafia and corruption

Government meeting: There are difficult options to confront the attacks and threats of Iran's arm