America condemns the brutality and barbarism of the Houthis

The United States considered the executions carried out by the Houthi group - Iran's arm in Yemen - in Sana'a, on Saturday, against nine people after a sham trial and torture for years as further evidence of their disregard for human rights.

Acting US Ambassador to Yemen Cathy Westley said in a statement issued on Sunday and published on the embassy's website, "The Houthi authorities in Sana'a (Saturday) September 18, brutally executed 9 individuals after a sham trial and after years of torture and violations. One of those executed was a minor."

"This outrageous act is another example of the Houthis' disregard for basic human rights," she added.

It also "comes days after their (Houthis) attack on the commercial port of Mocha, which is a key transit point for humanitarian supplies and commercial food imports."

The Chargé d'Affairs of the US ambassador to Yemen concluded by saying, "This (Houthis) barbarism must stop." 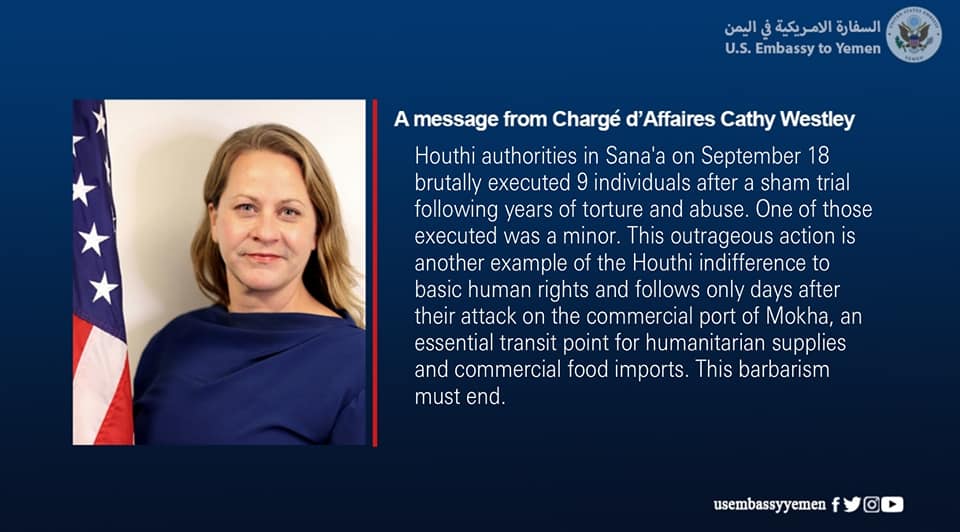